Secret: Lithuania is pretty much in the middle of Europe.
With that being said, if you choose to participate in this ridiculously awesome program, traveling internationally is a must. Whether it’s before, during, or after your stay, there are tons of incredible places to visit, especially if it will be your first time in Europe.
Last weekend, most of the study abroad cohort and one intern came with us to Stockholm, Sweden. After taking a few buses and an hour-long flight, we were greeted by the city’s unique vibe. Stockholm, often reffered to as “The Capital of Scandinavia,” is situated on 14 islands, whose Nordic history is traced to the 13th century. For the sake of time, I won’t go into much detail about the city. All you need to know is that it is absolutely beautiful. The rich culture of the city is filled with style, fashion, and stunning modern and ancient art/architecture. It’s basically like a giant IKEA (considering that IKEA is Swedish) for those of you obsessed with it as much as I am.
The funny thing is that I haven’t really heard much about Stockholm back in the U.S., so all of us were completely blown away. Sort of like we discovered a secret or something.
The majority of us stayed, for the first time, in some of the cheaper hostels, which was a fantastic experience in itself. (Keep in mind, we prepared a lot beforehand, to make sure we were okay with whatever surprises hit us. Definitely necessary when you’re on the other side of the world.) We explored throughout the city, took a million pictures, shopped around, went to a Sweden-Russia hockey game, and adventured on like most college students do! It was an incredible weekend that I’ll always remember. Stay tuned for the next weekend destination… Not sure where yet, but it’s looking like Brussels, Belgium!
[If you’re into details, there are several low-priced airlines (which sometimes equates to low-quality) that fly out of Lithuania and Latvia, as well as a number of bus carriers. Since Lithuania is part of the EU (European Union), there aren’t vary many barriers when traveling other EU countries because of the Schengen Area. I’m pretty sure you can Wiki it yourself if you’re that interested.]
That’s the update for now! Below is an extremely small preview of our weekend.
Anyway, for those coming in the Fall, GET STOKED! Peace. 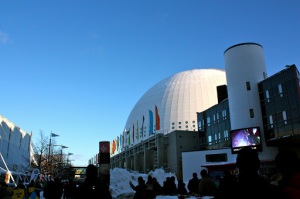 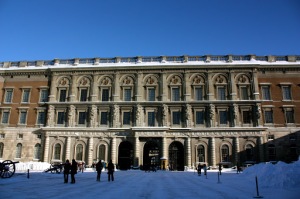