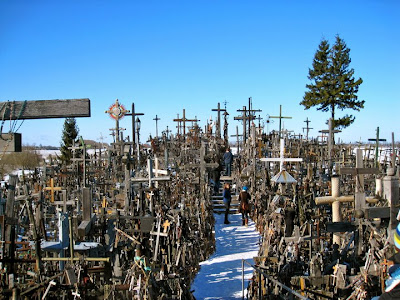 On our way to Riga where we took the train to Moscow, we stopped in Šiauliai (northern Lithuania) to visit a popular historical and spiritual site: the Hill of Crosses. 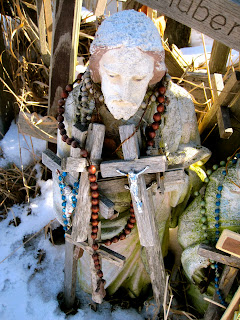 I had been looking forward to visiting Hill of Crosses ever since arriving in Lithuania and upon arriving and seeing the masses of crosses, both large and small, made my heart skip a beat. The cross is the cornerstone of Christianity and Catholicism. It represents the redemption, grace, and sacrifice of our merciful God by sending His  son to die for the world, for our sins. Seeing hundreds of thousands of crosses made me overwhelmed with so many different emotions.  Furthermore, knowing that this site was where countless Lithuanians visited during the Soviet occupation to lay down a symbol of their religion, their culture, their tradition, and their beliefs that were being heavily suppressed made me feel so encouraged that the light shines in some of the darkest of times. Being at Hill of Crosses was  one of the most memorable visits of my time in Lithuania so far.