Following our trip to Russia, I was feeling fairly homesick but thankfully my roommate, Tomas, invited me to his home town of Mažeikiai, in retrospect, one of the best experiences of my whole experience abroad. We arrived in Mažeikiai sometime in the evening on a Friday night. Tomas took me to his apartment, though I don’t know how he could distinguish which building was his. So many of these Soviet buildings look exactly the same to me. His mother had already prepared a huge meal for us, in fact his mother continued to make us delicious food the entire weekend. After showing me some pictures of Tomas and the family, we went to bed. The next day was awesome. We went to the city’s flea market where you can buy anything from Soviet Rubles to Nike shoes, washing machines, and cell phones. Next we went to the food market, in front of the market was a Lithuanian woman selling hand crafted items such as Elaborate Easter eggs, nut crackers shaped like mushrooms, and other wooden kitchenware. I bought a wooden pipe from her as a souvenir. We also went through a park that had several sculptures and a WWII memorial.

One of the things you’ll notice in Lithuania is that public spaces are often teeming with statues. The WWII memorial was really interesting. Lithuania was unfortunately wedged between both the Nazi’s and the Soviets, both powers created immense devastation. All I could remember was thinking how strange it was that the names on the memorial are names of men who fought in the same war my grandparents fought in-yet on the other side of the world. 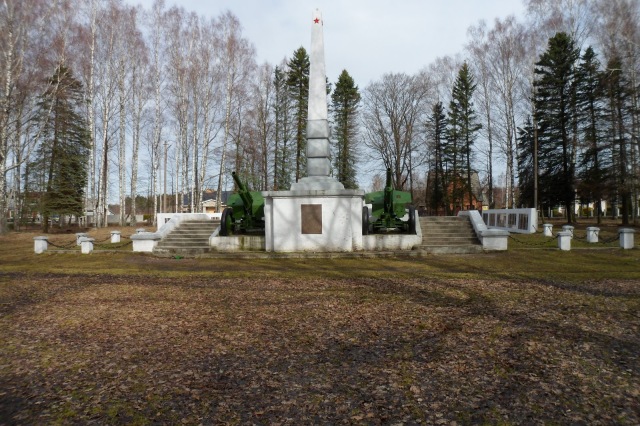 Eventually we found ourselves back at Tomas’s apartment. We met up with his parents and sister and made our way to Tomas’s relatives. His aunt and uncle live in a house next to his grandparents. Following the introductions, Tomas, his sister, and I went in to the grandparents’ home for some coffee and conversation. Tomas’s grandfather had been exiled to Siberia when he was very young, met a Russian woman and they eventually made their home in Lithuania. His grandfather took us upstairs to show us some medals he had won in pure bread dog competitions and his impressive collection of Amber. When we returned to our coffee, Tomas explained to his grandmother that where I live, California, we don’t have winter. Needless to say, she was stunned. Next, we moved out doors to eat some delicious potatoes and grilled chicken with Tomas’s aunt and uncle. His aunt remarked in Russian “I wonder if the Californian can split wood…” Before I knew there was an ax in my hand.

Both Tomas and I were put to shame by the wood spiting abilities of his uncle. After eating we finished up the evening by playing a few rounds of pool in his uncle’s basement, then enjoying some desert with the rest of the family. Tomas’s father challenged me to a game of chess. It was the most intense game of chess I have ever played. We went 40 minutes without making any offensive moves. I said “It’s just like the Cold War.” Tomas translated, and his father began to laugh. When I finally managed to get a pawn, he said “Ah! Amerikansky Aggressor!” He let me win.
I think this has become one of my favorite experiences because it was so authentic. I was far from any other Americans, in a context were people only spoke Russian or Lithuanian. It made quite an impact on me, to see how people live in both the standard Soviet buildings and in Lithuanian homes. Walking around on the streets in Lithuania, you wont see many friendly smiles, but Tomas’s family broke the mold with their charm and good cheer. They were so welcoming and warm, that it totally changed my perspective on Eastern European culture. The food wasn’t bad either…

2 thoughts on “Trip to Mažeikiai – Michael from Westmont”